Pastor Evert Valk gives a sermon in Evangeliegemeente De Deur in Zwolle.  It is his last time on the podium, although he does not know it yet.  A few hours later, he finished as pastor.

After the service, the church leadership withdraws to a separate room in the church building.  It is the place where Valk usually has his office, where members of the congregation confess their sins and present every decision of any importance to him, be it a courtship or a new job.  From an early age they ask the pastor for advice.  His opinion is like the counsel of God, his consent is decisive.  Even if he gives wrong advice, God will bless their dependence.  That’s stamped into their thinking.

Assistant pastor Etienne de Sain and the two elders of the congregation talk to Valk.  They confront the pastor with the story of a female congregation member.  Shocking facts come to light.  Valk pleads guilty.  He is immediately and with his own consent removed from his position as pastor of the Zwolle Pentecostal Church.

“Moral failure,” is the official statement of the Church leadership.
Very few people know what exactly went wrong.  Valk’s impeachment does not immediately make it into the newspaper.  In mid-August 2018, the Reformatorisch Dagblad will receive a tip by e-mail, reporting follows on 22 August.  Nomdo Schuitema, the new pastor, does not further explain the reason for Valk’s departure.

Evert Valk will be subject to discipline, which means that he is not allowed to show himself in the church for six months.

Until that moment, Niene Prins cherished the hope that she can remain involved with the congregation of which she has been a member since childhood, that’s why she entered into a conversation with the council about what happened to her.  She does not report to the police because they want the church to solve the problem.

On the advice of pastor Schuitema, Niene and her husband Philip are temporarily out of sight in the congregation.  They wait at home for the promised signal from Schuitema that they can safely.  The months pass.  The couple does not hear from De Deur anymore.  Valk returns to the church after six months, without a function.

If it appears that the case has been closed for De Deur, Niene will report this by the police on November 30, 2018.  They then start an investigation, which is still ongoing.  “Justice has not been done,” Niene told the Reformatorisch Dagblad in March 2020.  “I am afraid that Valk will be able to do his thing again if he is returned to ministry again.”

Within the Christian Fellowship Ministries (CFM), of which De Deur is a part, it is not uncommon for a failing leader to take on a pastoral task or position in the church again after a while.  The problems underlying Valk’s misconduct have not disappeared, however.

Various interviewees named Valk’s psychological problems in the spring of 2020.  Niene sees him as “a psychiatric patient who has never received help that was necessary and is in tremendous trouble with himself.”

Philip states that Valk was “placed in a position where he could do things that are not allowed, where he could abuse his position of power.”  The couple hoped that their pastor would “ask for forgiveness and that he would change so that God could still use him.”  However, that did not happen.

Valk has serious problems, admits Eddie van Diermen, a friend of the former pastor and involved from the very beginning.  “He has to deal with psychological problems that he has not dealt with in the past.”

When Valk succeeds pastor Rudy van Diermen in 2002 – Eddie’s brother – he has been in charge of daily management for five years, supervised by Rudy.  Between 1997 and 2002, according to Eddie, “very serious problems” arose in the marriage of Evert Valk and his wife.

Pastor Rudy, who has lived in South Africa since 1997, travels several times to the Netherlands in those years to talk to Evert.  In addition, he raises the requests with the American church leader Wayman Mitchell.  Shortly before Valk’s appointment, Rudy warns Mitchell again and advises against placing Valk in the position of pastor.  Wayman Mitchell persists, however.

During that time there was friction between Valk and Rudy.  In July 2002, Valk tells the press that the Dutch pastors have given up their trust in Rudy van Diermen.  From that moment on he leads the municipality himself.

Niene also learns that Valk does not have a happy marriage.  He tells her himself, during one of the many meetings in the office.  He shares his struggles and entrusts her with secrets, such as his frustrations.  During those conversations he is constantly in tears.  However, it does not stop with conversations.  Niene unwittingly involved in Pastor Valk’s strange fascinations and she is not alone.

If Valk had stepped down in 2018, he would have led De Deur in Zwolle for over twenty years.  After his dismissal, he registers himself as a coach on hulplijnonline.nl, a digital platform on which all kinds of care providers offer their services.  He recommends himself as a counselor in all kinds of personal problem situations.  The former pastor also has his own website, namely valkbemiddeling.nl, and is registered as a consultant with the Chamber of Commerce.
[he has since changed the registration description to travel agency]

Valk hopes to be eligible for a position in the church again in the future, acknowledges his friend Eddie van Diermen.  That failed leaders sometimes return, but only under certain conditions.  “That is only possible if over time – usually it takes years – it becomes clear that there are changes.  But personally, I don’t think this is going to happen, in Evert’s case.  Too much has happened for that.  If it’s up to me, it can’t.”

Eddie van Diermen does just implicate Valk, he says.  “I too have failed in the past, losing my ministry as a pastor.  When I talk about my friend, I think I should publicly admit my own failure too.” 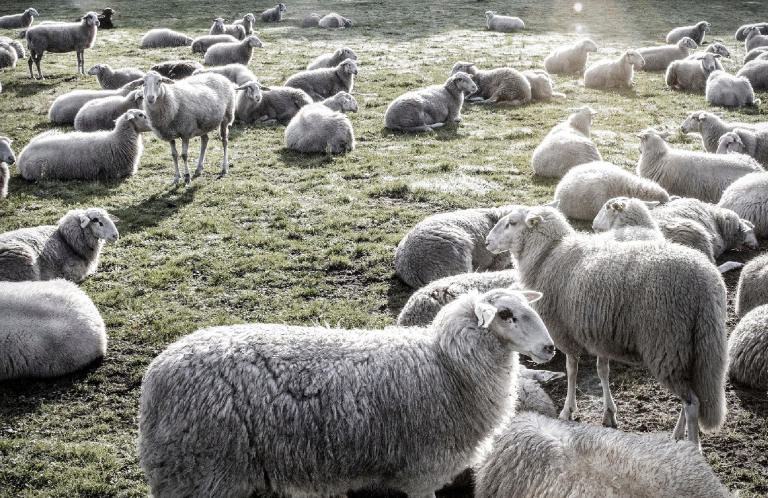 Facts about The Door

Evangeliegemeente De Deur in Zwolle is part of the Dutch branch of the Christian Fellowship Ministries (CFM), an international association of 2,600 Pentecostal churches in 125 countries.  The churches in the CFM are known under the names The Door (in the Netherlands De Deur), The Potter’s House or Victory Chapel.  Believers speak in tongues and fall in the Spirit.  Much attention is paid to faith healing.

The first Dutch community was created in 1978 in Steenwijk.  Rudy van Diermen (1960) experiences conversion, experiences a calling and gathers a group of people around him.  An American evangelist introduces the group to Wayman Mitchell (1929-2020), the spiritual father and leader of the CFM.  In 1979 Mitchell appoints Rudy van Diermen as leader.

The congregation is young and radical.  In 1981 it moves from Steenwijk to Zwolle, where she rents an old garage on Blekerswegje.  Mitchell’s vision appeals to the group.  Where churches train their members and then send them out to start a so-called baby church or sister church, so that as many people as possible all over the world are won to Jesus.  The pastor of the parent congregation appoints the pastors of the sister congregations.

De Deur in Zwolle is also multiplying.  There are currently 64 congregations in the Netherlands.  Because Zwolle is the Dutch mother church and dozens of congregations have emerged from it and its sister congregations, it is allowed to organize a European conference twice a year.  The Zwolle pastor is automatically also the leader of the Dutch Fellowship.

In the course of the nineties, De Deur was unfavorably in the news because of alleged sexual abuse by pastor Rudy van Diermen, but the judge dismissed the anonymous allegations in summary proceedings.  Van Diermen moves to South Africa in 1997.  Evert Valk, formerly pastor of De Deur Amersfoort, takes his place.  In 2018, Valk loses his position due to “moral failure” and is under discipline for six months.  Friend Nomdo Schuitema succeeds him.

The membership has fluctuated between 350 and 400 members for a long time.  The current church building is on the Gasthuisdijk.

Article sources: For the series of articles about the former pastor of the Zwolle Pentecostal congregation De Deur, the Reformatorisch Dagblad interviewed a total of twelve people. The first part came about after conversations with Niene and Philip Prins, who use fictitious names. Their real names are known to the editors. Niene filed a report to the police at the end of 2018 and is participating in an ongoing investigation. For the first episode, the RD also spoke with Eddie van Diermen, a friend of ex-pastor Evert Valk.